I recently received a plaque from Cisco celebrating my 10 years as a CCIE and that made me reflect on the CCIE program and looking back on how networking has changed since then.

For those not familiar with the CCIE, it stands for Cisco Certified Internetworking Expert and it was (and as far a I know, still is) one of the toughest certifications in the I.T. industry.

I started my career in networking in 2004 after finishing my university courses and found certifications not that different from my academic training (with less alcohol involved…). After doing the CCNA, CCDA and CCDP on the lower rungs of the certification ladder, I decided to take the plunge and aim for the CCIE.

The reasons for doing it were:

The exam consisted of a ‘written’ exam (3-hours, multiple question format exam) and a ‘lab’ – an intense 8-hour lab where we had to build a complex network.

Once I passed the written exam (hard but fair), I set out to prepare for the lab.

With the target date of 12th December 2008, I dedicated 6 months of my life to study 6 evenings a week and every single week-end.

After a highly stressful exam and an excruciating wait through the week-end, I received the good news and my CCIE numbers (#22990).

Looking back, it was probably the best decision in my career (right with joining VMware!) but the time and to a lesser extent financial investment was significant.

I recertified every couple of years after that by taking the CCIE written exam (CCIE Routing & Switching twice, CCDE, CCIE Wireless and finally the continuous education option 2 years ago)

Looking at the current exam, it has barely evolved but not drastically. RIP and Frame-Relay are gone and the written exams now include some questions on Cloud, IoT and Network Automation but the lab doesn’t.

So…. why is the most desired certification in networking so stale?

I will put the beginning of an answer in an upcoming post. 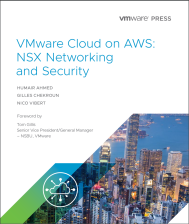